Nick and I don’t know each other terribly well but we’re the kind of friends who bump into each other every now at all sorts of events: drinks after something, engagement parties, and birthday gatherings in backyards. He’s a strong swimmer; the lifeguards at his local pool once changed the sign on his lane from “Medium” to “Fast” after watching his good, clean stroke. He’s rubbish at board games – I remember playing Balderdash with a group of eight or nine and being able to figure out which answer he had written every time. He’s also a self-proclaimed Utilitarian, both in belief and practice.

We start a little late on the day of Nick’s interview because his dog’s “being a psycho.” His dog won’t stop barking because the courier left a parcel out the front and left the property before his dog could spot it. “He still thinks [the courier is] around here somewhere,” Nick explains to me tiredly.

“How would you describe your faith?” I ask him once his sceptical (or faithful) dog is settled.

Nick: I’m a baptised, confirmed Catholic. I was raised as one. We still go to church every week. A local Catholic parish where I went to primary school.

Jessica: So you’re still a Catholic?

Well it depends what you mean by that.

When you’re a kid, you’re not exposed to anything else so your faith is pretty concrete. But as you get older you start questioning your beliefs.

I remember after watching The Matrix in Grade 3, my whole system of epistemology being shaken. I kept thinking, “How do I know any of this is real what I’m experiencing right now? I could be a brain in a vat or whatever. How do I know God’s real?” That planted the first inkling of doubt in me that I can remember. I still haven’t got over that niggling Cartesian scepticism, that doubt in my mind.

What do you mean by a brain in a vat?

Oh, have you seen The Matrix?

I admit that I haven’t.

Sorry. That probably doesn’t make much sense if you haven’t seen it. Well, The Matrix plays off this thought experiment that Descartes’ came up with. He starts off by saying something like we have dreams and that when we are dreaming we think they’re real. Extending that, he asks, at this moment, how can I know that what I’m doing — sitting in front of a desk, writing in front of a fire — is real? Hilary Putnam draws on this idea … how do you know reality is real…we could just be brains inside a pool of fluid, a vat with wires connected to it in a lab with scientists stimulating electrodes and creating all these experience that we’re having. The Matrix takes this idea and replaced the scientists with machines.

But of course, you can’t live your life thinking you’re a brain in a vat. You can’t just suspend judgement all your life. I sort of assume that reality is real. Maybe it’s dogmatism but I do.

So there’s a sense that the faith you were brought up in can’t be a certainty.

Well, I don’t have direct experiences of God but I can’t be sure that my brain isn’t malfunctioning even if I do. There are arguments for the existence of God. While I think they can be persuasive, they’re also not knock-down arguments that will force me to believe something. You know, if I see a dog in front of me, I’m sort of forced to believe a dog’s in front of me. There isn’t enough direct evidence to believe that God does or doesn’t exist.

I certainly want to believe in God, I’m not sure if I do. Sometimes I do. But it’s pretty messy. 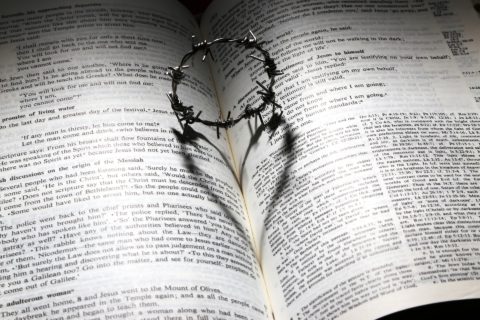 How do you practice your messy beliefs? Do you follow the Bible?

Well, I don’t think the Bible has much to do with it. I think the Bible is a fallible text and given this uncertainty, this fallibility of the Bible, I’ve sort of gone elsewhere. At the moment, it’s been Utilitarianism. That’s how I consciously try and live my life. And I’ve changed my life radically for it. I’m constantly analysing what will produce the most happiness. Though, not too much because that would minimise effectiveness … if I was in this analysis paralysis.

I’m a hardcore utilitarian. The utilitarian Peter Singer has got this thought experiment where you’ve wearing these brand new $200 shoes you just bought. And you pass a pond where a child’s drowning but if you jump in to save the child, your shoes will be ruined. He uses this to advocate for donating money to effective charities that can save lives. And he thinks you should keep donating money throughout your life, because if there are, in fact, 10 children drowning in the pond, it’s not enough to just save one.

I probably agree with that and maybe it’s because I was raised up hearing Jesus say “it’s easier for a camel to pass through the eye of the needle than for a rich man to enter into the kingdom of God”. And hearing the story of the poor widow who donates all her spare coin to the temple and Jesus says she’s surely found the kingdom of heaven.

Maybe this effective altruism was what Jesus was all about … not living a lavish life, not being a slave to wealth and giving to charity … but maybe I was missing the point … I don’t know.

Jessica Yu is the recipient of the Young Writers Innovation Prize 2014 and founding editor of interactive narrativity website, Betanarratives.